Lyme Disease 101: What Is It And What Should You Avoid eating?

NUCO - NucoconutUncategorizedLyme Disease 101: What Is It And What Should You Avoid eating? 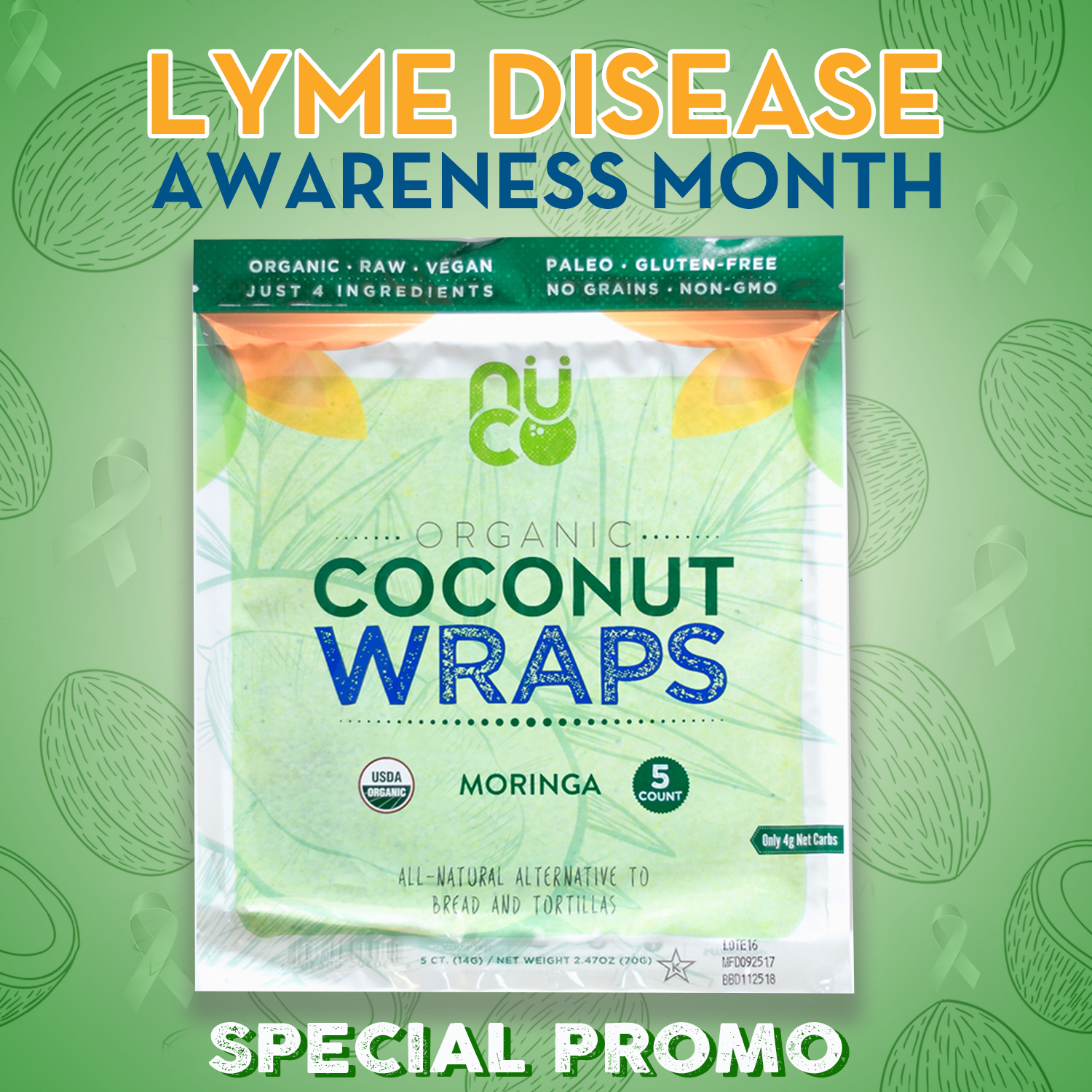 The CDC claims that the probability of contracting Lyme disease from a tick bite largely depends on the species of the tick, how lock the tick was attached to the body, and the part of the body that was bitten. Black-legged ticks have to stay attached to your body for 36 to 48 hours in order to successfully transmit Lyme disease. Once you remove the tick(s) within 48 hours, it’s unlikely that you’ll get infected.

Keep in mind that the deer tick can also spread other diseases, including anaplasmosis, babesiosis, and the Powassan virus.

Signs and Symptoms of Lyme Disease

The early signs and symptoms of an infection include headaches, fever, fatigue, chills, joint and muscle pain, and swollen lymph nodes, which are all common in the flu. However, for up to 80% of the total infections, a rash is one of the first symptoms to develop.

Lyme Disease usually develops in several stages and can lead to a variety of symptoms based on the length of infection and whether the tick transmitted other infections. Different people will exhibit different signs and symptoms, though the following stages are the common manifestations:

Early Lyme Disease: This develops within days or weeks of the initial tick bite. The symptoms include the flu-like symptoms mentioned above, and bull’s eye rash is possible.

Without treatment, these systems can progress into:

About 20% to 30% of the total Lyme disease rashes usually feature a bull’s eye appearance, which form concentric circles around a center. Most of them are about 2 inches across (5 centimeters) and are uniformly round and red. The rash will expand gradually in a matter of days and can grow to a size of up to 12 inches. It can appear on any part of the body, and is rarely painful or itchy, though it can feel warm to the touch.

Lyme disease is diagnosed based on a history of tick exposure and the symptoms experienced. Blood tests can be helpful in the diagnosis, and their accuracy will depend on when you got infected. Within the first few weeks of infection, the test could be negative, since the antibodies develop in a matter of weeks.

Since Lyme disease can affect almost every major organ in the body, some doctors that are unfamiliar with the disease are prone to misdiagnose it as Chronic Fatigue, Fibromyalgia, Muscular Sclerosis, Alzheimer’s or even Parkinson’s.

The treatment of Lyme disease is quite complicated considering it has multiple stages. In the early stage, the immediate course of action is administering antibiotics over a period of 3 to 4 weeks. The presence of other co-infections will also influence the most appropriate antibiotics.

At the late-stage, the symptoms have generally become extreme, and this calls for a more aggressive treatment. Most patients do best with an integrated treatment that addresses any co-infections while boosting the immune system. This typically involves the use of intravenous antibiotics if oral medications are insufficient.

Although healing from Lyme disease is a very long process, making certain dietary modification can help make the recovery faster. Since inflammation is responsible for a majority of the symptoms, your Lyme disease diet should ideally be anti-inflammatory.

Here are the foods you should eliminate from your diet:

Sugar not only feeds the Lyme-causing spirochetes and candida, a common Lyme co-infection, but also suppresses your immune system. If you’re suffering from Lyme disease, you need to make sure that your immune system is performing optimally. As such, even fruits intake should be limited when recovering from Lyme infection, since they contain fructose that might be harmful in high amounts.

Gluten is a form of protein commonly found in wheat. It’s one of the key culprits when it comes to inflammation in the body. Gluten also causes Celiac disease, which is an autoimmune disease that damages the small intestines and causes various skin, respiratory, and gastrointestinal symptoms.

Dairy products are highly inflammatory, and a lot of people have trouble digesting it. Why? Well, over 65% of the human population usually lose their ability to digest lactose after infancy. Milk and dairy products contain a sugar known as lactose.

What you should be Eating:

The dark leafy greens like kale, spinach, and collard greens all contain powerful antioxidants, flavonoids, and carotenoids, which are helpful to protect the body against cellular damage. This is beneficial in addressing joint pain, which is quite common with Lyme disease.

Omega-3 fats obtained from fatty fish like Salmon can be helpful in reducing inflammation in the body. Make sure that the fish you buy is free from artificial hormones, pesticides, antibiotics, and other chemicals.

Optimizing your gut flora helps to ensure that your immune system is functioning at its peak. Keep in mind that most inflammatory diseases actually stem from the gut as a result of imbalanced microbiome.